Oceanside, CA – The North County Transit District (NCTD) is offering music to liven up the ride home once again during October’s COASTER Concert Series. The series, which originally began in January 2019, has returned to bring live, acoustic performances to train riders as they make their way along the coast.

NCTD has invited four local musicians to play on the COASTER during alternating Wednesdays and Thursdays in October. The series began last week on October 10 with Casey & Romy performing some foot-tapping tunes for passengers that sang along with the duo and expressed their gratitude for the entertainment on the train.

These musicians will bring a variety of tunes including pop, rock, country, jazz, blues and soul. Most performers will play standards that riders will be familiar with along with original pieces as well.

“We had a really positive response when we did this concert series last winter, so I’m very excited that we’re offering this again,” said NCTD Marketing & Communications Manager Kimy Wall. “We are lucky to have some of the amazing musicians returning from the first series and are eager to see our new performers bring in some great new sounds.”

The COASTER Concert Series is a free event. Riders can find these entertainers on the COASTER 656 (leaving Oceanside at 3:32 p.m.) and COASTER 661 (leaving Santa Fe Depot at 5:38 p.m.). Performances will be in the downstairs area of the northernmost train car. 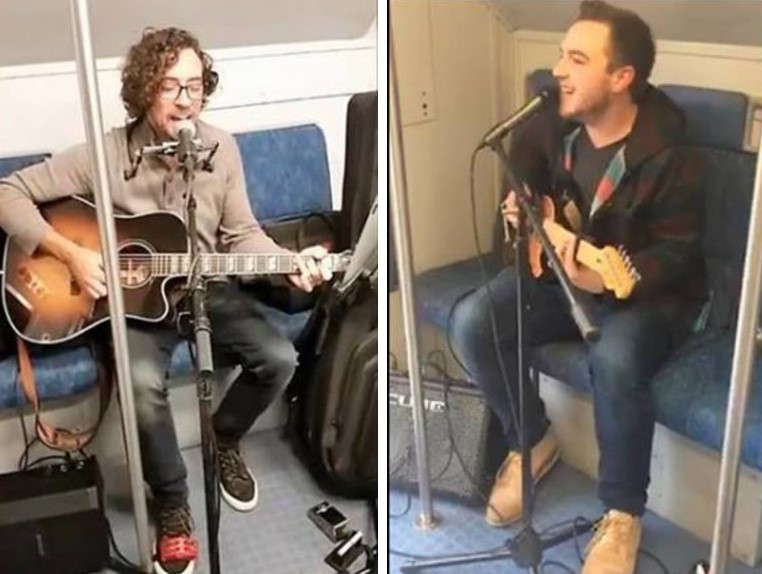